Just five days ago, the Rays were in the midst of sweeping the Red Sox when benches cleared and players were ejected. Since then, the Red Sox have won four straight, all against the NL East-leading Braves. Tampa Bay has lost three straight to the AL East-leading Blue Jays. With these two teams headed in opposite directions, we have to back the host Red Sox on Friday night with a win in the series opener. 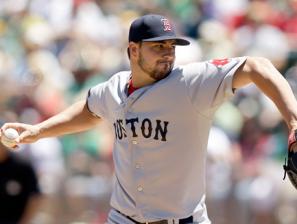 Boston had lost 10 straight games after being swept by the Rays at Tropicana Field last weekend before taking four straight from the Braves. Now, they are ready to welcome the Rays to their stomping grounds for a weekend series of AL East rivals. After the benches cleared last weekend, be prepared for anything to happen in this meeting. Brandon Workman gets the start for Boston.

After sweeping Boston at home last weekend, the Rays dropped three straight to the Blue Jays, the top team in the AL East. Tampa Bay now has to face the Red Sox on the road with Boston in the midst of a four-game winning streak. Tampa Bay will ask ace David Price to get past his struggles and limit the Red Sox offense in order to win this game. He faced the Red Sox last weekend, allowing five runs in the first inning.

We head over to Bovada.lv and their sportsbook to find the betting odds for tonight’s AL East contest between the Rays and Red Sox from Fenway Park. Here, the Red Sox are home chalk to win this game. We are going to bet 10 percent of our bankroll on Boston and the UNDER eight total runs scored at -115 on Friday night as they grab a win in the opening game of this series.