Tampa Bay is tied for the most points in the league with multiple teams. New York is starting to put it together after struggling to begin the season as the defending Eastern Conference champions. These two teams will meet on Monday night at Madison Square Garden for what should be an exciting battle. The Rangers are climbing the Metropolitan standings, while the Lightning are atop the Atlantic. We are going to put our money down on Tampa Bay as they take home the win. 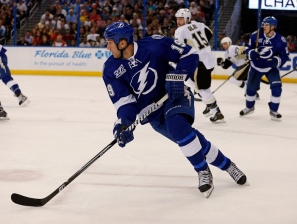 Lightning out to extend win streak to four games

Tampa Bay comes into tonight’s contest with the Rangers having won three consecutive games overall and the first two games of the season series with the Rangers. This is the final regular-season meeting between the clubs, who could be on a collision course for a playoff series. Tampa Bay has 34 points and 16 wins on the season to date. Ben Bishop should be starting in goal tonight for Tampa Bay since he is 7-0-0 with with a 1.26 GAA in his career against the New York Rangers.

New York has dominated the Flyers this season, including a home-and-home sweep of Philadelphia this past weekend. With those two wins, the Rangers have won four of their last five games, which is their hottest stretch of the season so far. The Rangers offense will need to be on target tonight in order to take down the Lightning. In fact, their last two losses this year were to the Lightning by scores of 4-3 and 5-1.

On Monday night, the Lightning will visit the Rangers in New York for an Eastern Conference battle. We will use the odds from SportsBetting.ag to place our wager. We will drop 15 percent of our bankroll on the Lightning and the OVER 5.5 total goals scored at +109 as they increase their point total to 36 on the year.