Sports bettors rejoice! Super Bowl XLVIII is less than one week from the Sunday, February 2, 2014 kick-off. The game will be played at MetLife Stadium in East Rutherford, New Jersey at 6:25 PM ET between the Denver Broncos and the Seattle Seahawks. Both teams landed in New Jersey on Sunday night and began talking to the media almost immediately. We are taking our chances with the Broncos as they ride to victory.

Denver Broncos: A return to glory

Denver is poised to make a return to glory when they face Seattle in the Super Bowl this coming Sunday. Having not appeared in a title game since back-to-back wins in 1997 and 1998, the Broncos are ready to take the league by storm. After setting multiple passing records during the regular season, Peyton Manning is prepared to win his second title overall and first with Denver.

Seattle Seahawks: Must find a way to win

Seattle did not struggle much at all during the regular season, no matter who their opponent was. Sunday could be very different for the Seahawks, especially with a second-year starter under center in Russell Wilson. The pressure of being a starting quarterback in the NFL is immense, but it can be doubled or tripled when playing in the Super Bowl. Look for Seattle to use Marshawn Lynch early to take some of the pressure off Wilson. 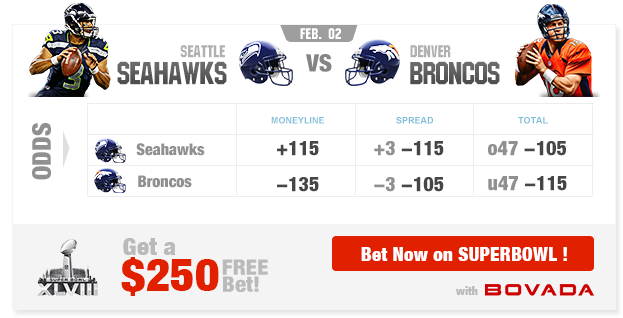