The American League West has been very fun to watch so far this season and the race for a winner will only get better. The Mariners are just six games out of first, but the A’s and the Angels are separated by just one game. Seattle welcomes the last-place Rangers to town beginning on Monday night for three games. We will bet on the host Mariners as they take game one of this set. 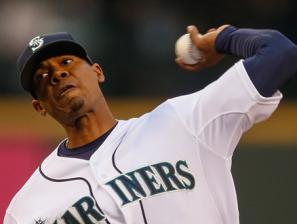 Roenis Elias has had an up-and-down season for Seattle so far, pitching to a 9-10 record and an ERA of 4.09 as play begins tonight. In the month of April, Elias was 1-0 with an ERA of 2.92 against the Rangers. Seattle hopes that his success against the struggling Rangers will continue so they can win another game and continue their excellent season with a trip to the playoffs looming.

Rangers scrapping bottom of the barrel for pitching

Texas has dealt with so many injuries to its pitching staff this year that they have begun scrapping the bottom of the barrel for starters. Miles Mikolas will take the mound for the Rangers tonight. He is 1-5 with an ugly ERA of 7.48 this season. He has never faced the Mariners in his career, but he is a much better pitcher on the road. He is 1-1 with a 3.34 ERA on the road this year and just 0-4 with a 13.73 ERA at home.

When the Mariners host the Rangers for a key AL West series beginning on Monday night, we will place our bets at TopBet.eu. The Mariners are home chalk to win the opener of this series, which is why we are going to drop 15 percent of our bankroll on Seattle to win this game. We will bet on the -160 money line as they take the first of three games from the Rangers.