New England and Detroit are in first in the AFC East and NFC North, respectively. The Patriots come into this game on a six-game winning streak and have yet to lose at home this season. Detroit is coming off a tough loss to Arizona and is just 3-2 on the road in 2014. We are going to put our money down on the host Patriots this afternoon as they move closer to a division title. 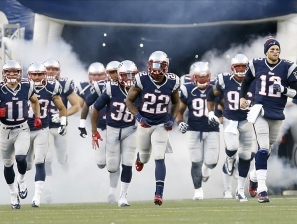 If New England wants to remain unbeaten at home this year, they will need to take down a very tough opponent in the Lions on Sunday. The Patriots are riding a six-game winning streak heading into week 12. They have the best point differential in the AFC at +105 and are tied for Green Bay for the best in the NFL. A victory today will not come easy, but it can be done if the Patriots use their tough run game successfully.

After dropping a close game to the NFC-best Arizona Cardinals by a score of 14-6, the Lions will look to grab a win in the second of back-to-back tough road games. In their loss to Arizona, the Lions recorded just 262 yards of offense. Detroit will need to rely on its stout defense if it wants to grab a win in this game. Their defensive unit has allowed an average of 290.3 yards per game, with just 68.8 of them coming via the run.

On Sunday afternoon, the Patriots will host the Lions at Gillette Stadium for what should be one of the more exciting games of week 12. We are going to put our money down on the Patriots over at SportsBetting.ag as they stay unbeaten at home. Our bet will include 10 percent of our bankroll on New England and the -7 (-120) spread this afternoon.