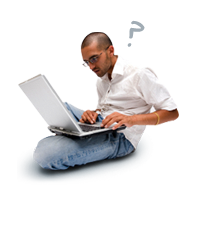 It just wouldn’t be Sports Interaction without a little action to interact with would it? By joining Sports Interaction, you are entitled to huge promotions; including a 100% bonus up to $200 free, refer a friend bonuses, casino bonuses and promotions that are emailed directly to your inbox. Poker players will love the featured promotions, including up to $600 free before you even play a single hand. There’s a reason why hundreds of thousands of online gamers call SportsInteraction.com home for their betting dollar.

For sports bettors, Sports Interaction goes the extra mile in offering NHL contests as well as NFL Pro Football contests, such as their legendary Pickem contest each season. But they don’t stop there! Besides sportsbook contests, Sports Interaction also offers freerolls and tournaments in their casino, as well as cash back and featured track promotions in their racebook. Looking to deal a few hands of poker? You’ll love their Sit and Go tournaments featuring fast-paced instant action and Poker Points rewards that keep the action rolling.

Getting your cash out after taking a bonus is a breeze with Sports Interaction. Even the huge 100% Casino bonus comes with a sweet 30X rollover, meaning you’ll have that jackpot in your hands with fewer spins than with almost anyone else. For Sportsbook bonuses the rollover begins at a simple 3X for bonuses of 10%. For the 100% sign-up bonus, the rollover is a standard 10X rollover. Other bonuses offered carry their own rollover, including the 20% Refer-a-Friend bonus which carries a 5X rollover.

Your SportsInteraction bonus awaits you! Just a few clicks away! Get your bonus now!
Deposit at